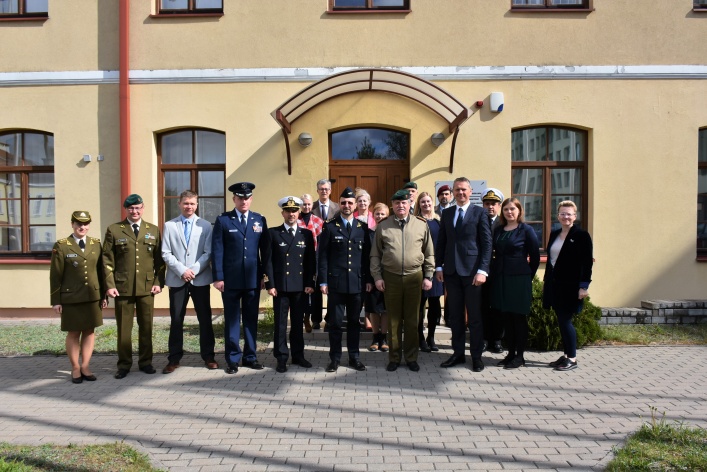 Chief of Defence (CHOD) of the Republic of Lithuania, Lieutenant General Jonas Vytautas ŽUKAS, visited NATO Energy Security Centre of Excellence on the 3rd of May.

Ltn. Gen. Jonas Vytautas ŽUKAS dedicated this visit to get acquainted with the Centre, its team, mission, main goals and activities. The Chief of Defence was welcomed by the Director Colonel Romualdas PETKEVIČIUS and the heads of all Centre’s divisions. Centres Director briefed Chief of Defence about NATO ENSEC COE status, projects and ongoing studies. The briefing was supported by the heads of each division who presented the ongoing projects and studies that they are working on.

Later, Chief of Defence met with the whole team of the Centre and together discussed Centre’s activities, future plans and challenges. At the end of the meeting, Chief of Defence of the Republic of Lithuania, Ltn. Gen. Jonas Vytautas ŽUKAS, awarded Centre‘s Director, Colonel Romualdas PETKEVIČIUS, with an official Lithuanian Armed Forces Medal in an occasion of the 100th anniversary of re-established Lithuanian Armed Forces. 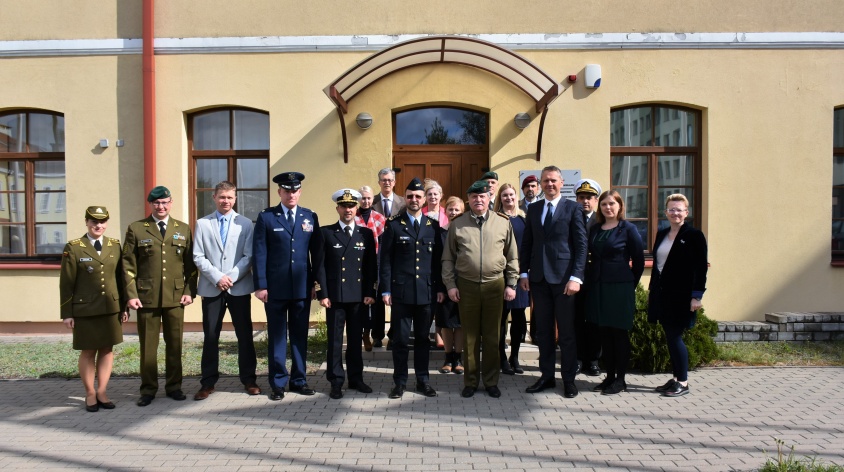 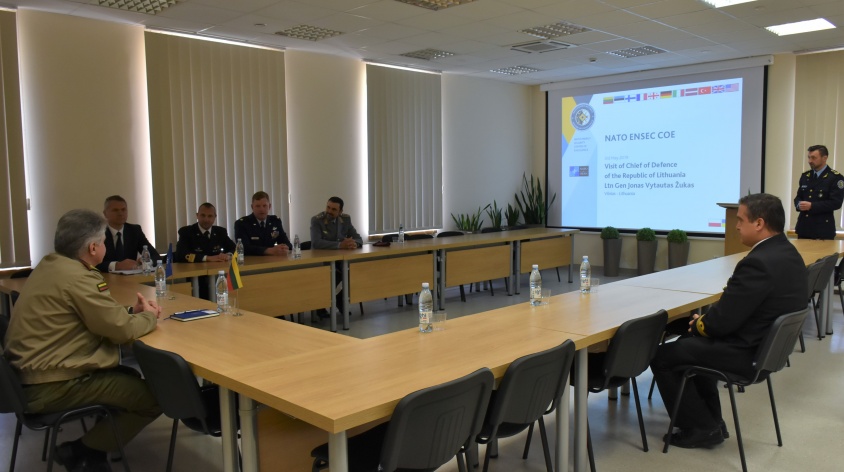 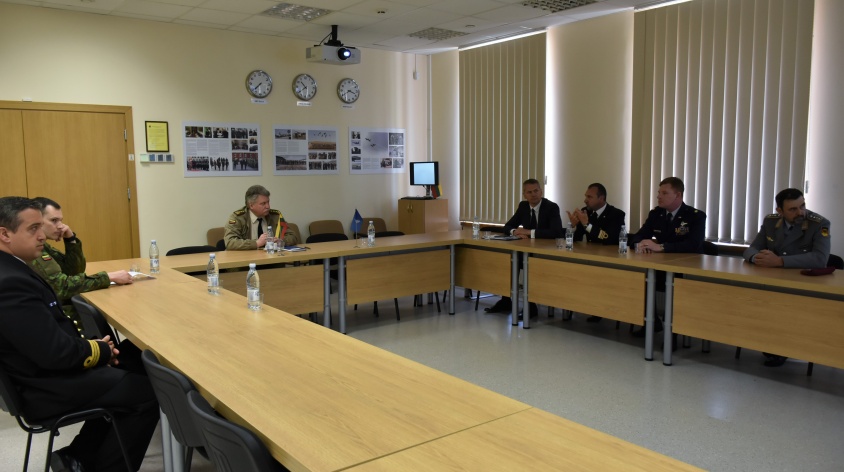 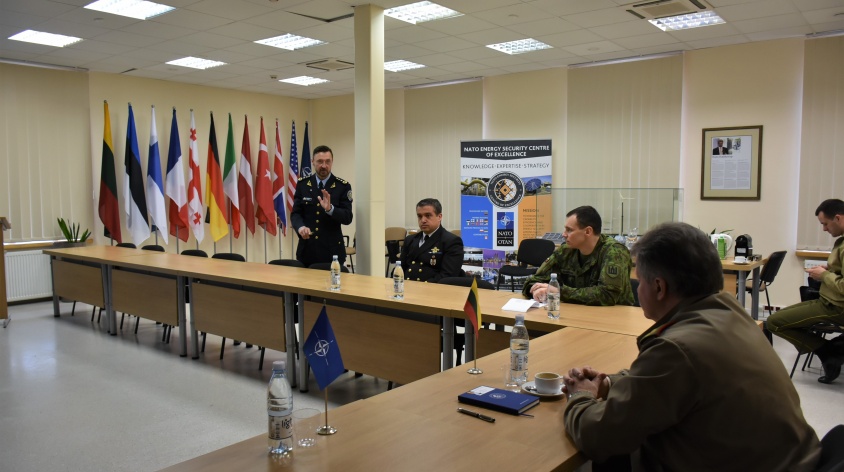 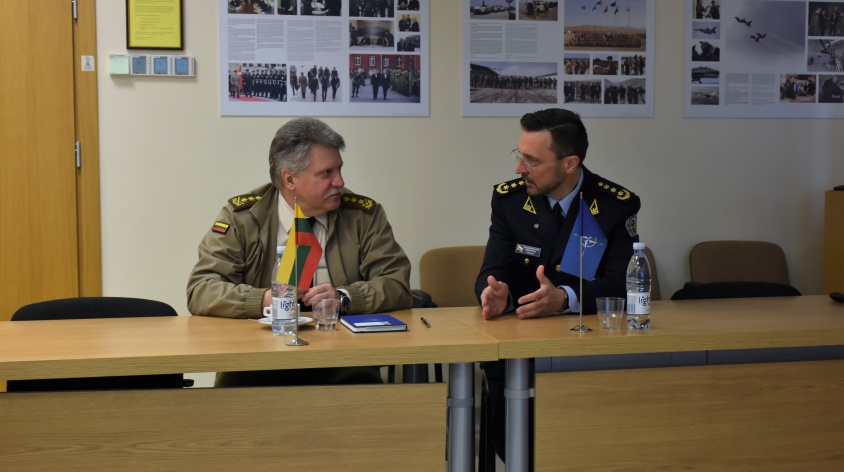 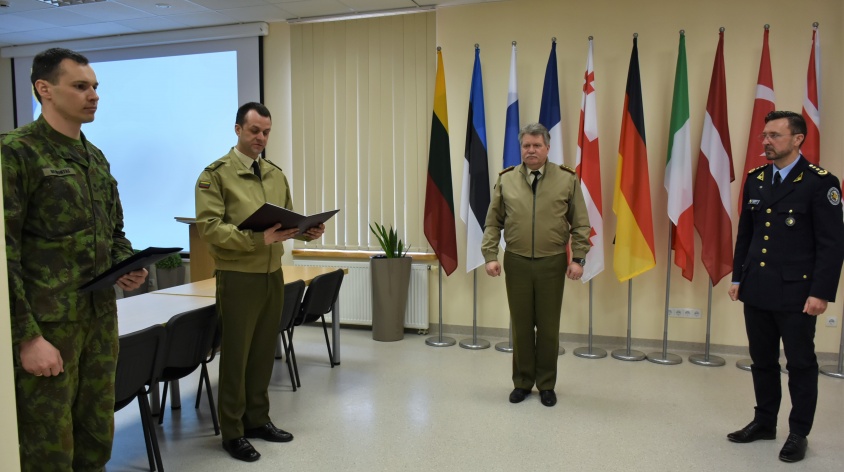 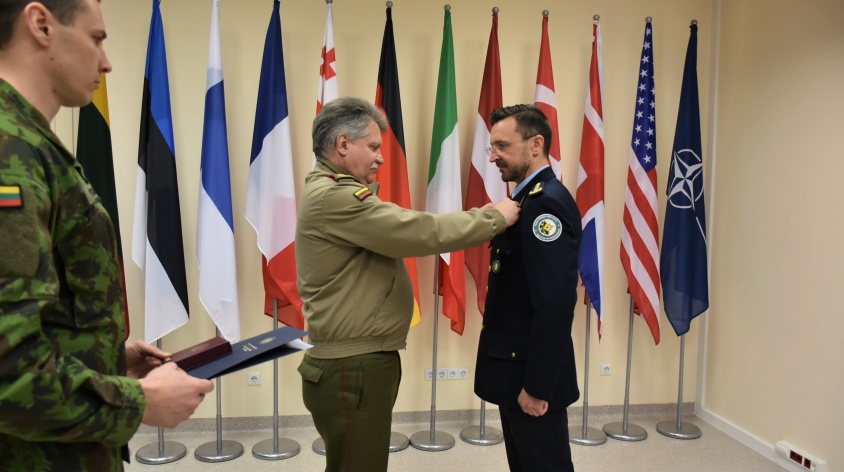