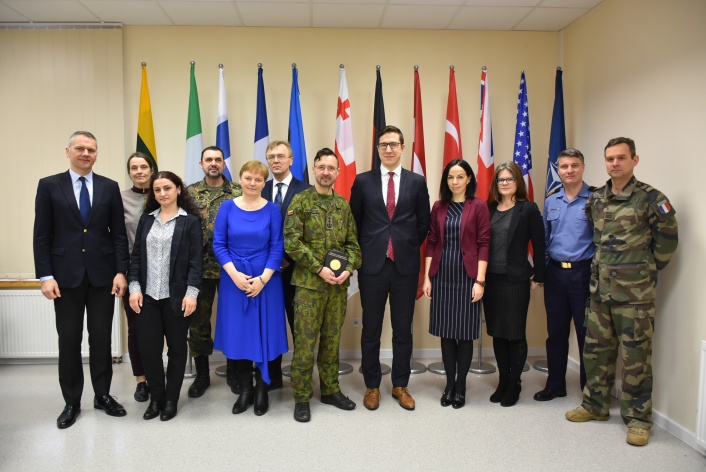 A delegation consisting of representatives from the Estonian Centre for Defence Investment, Estonian Permanent Representation to NATO and Embassy of Estonia in Vilnius visited the NATO ENSEC COE on the 30th of January. The delegation was headed by the Estonian Centre for Defence Investment General Director Mr. Kusti Salm. The objective of the visit was to get acquainted with the main activities and projects of the Centre.

The honored guests were welcomed by Centre’s Director Colonel Romualdas Petkevičius, who also gave a briefing on NATO ENSEC COE’s history, mission and structure. The Director was accompanied by the Deputy Director Lieutenant Colonel Christophe Nave, the Centre’s Heads of Divisions and Subject Matter Experts. Heads of Divisions gave a comprehensive overview of each division’s ongoing projects, courses and events.

Introduction was followed by presentation of specific researches and experiments conducted within the past year. Delegation found particular interest in researches which involved analysis of cyber threat to critical energy infrastructure and its protection, solutions of energy saving and its efficient usage. The guests eagerly discussed topics such as cyberattacks, the military’s role in climate change and emphasised the importance of energy efficiency in military operations. Both parties agreed that a more unified view in government could enable further progress in decreasing the carbon footprint.

Both sides exchanged final remarks and expressed their willingness to share research and experiment results and coordinate possible cooperation topics in the near future. 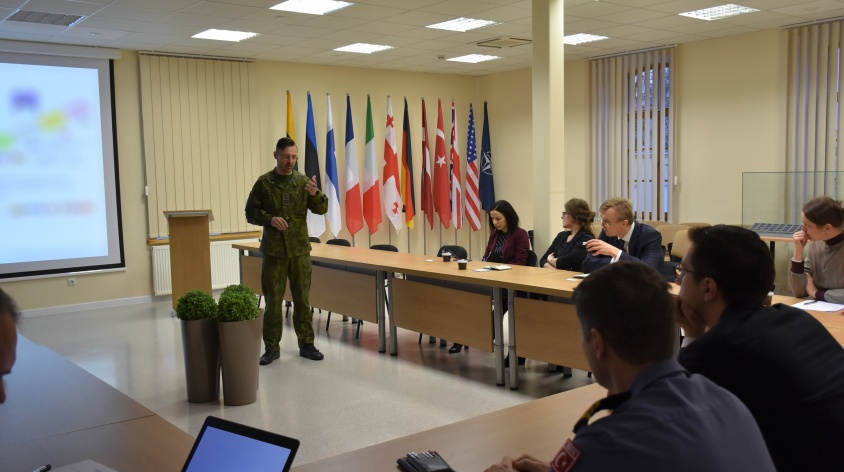 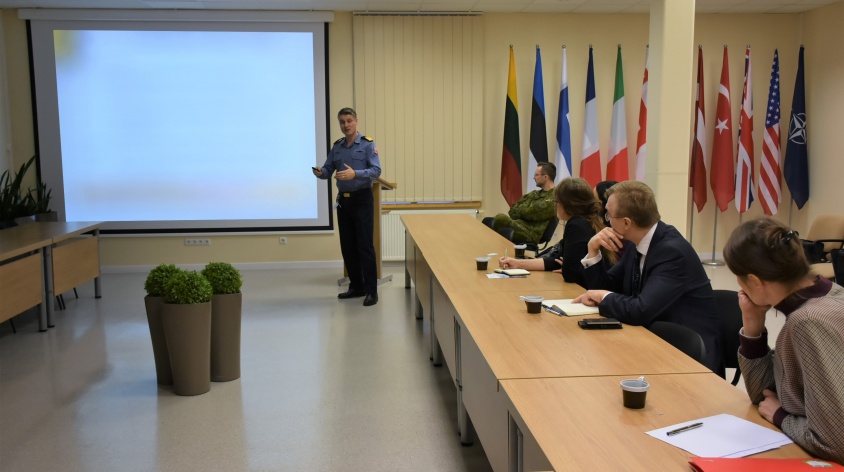 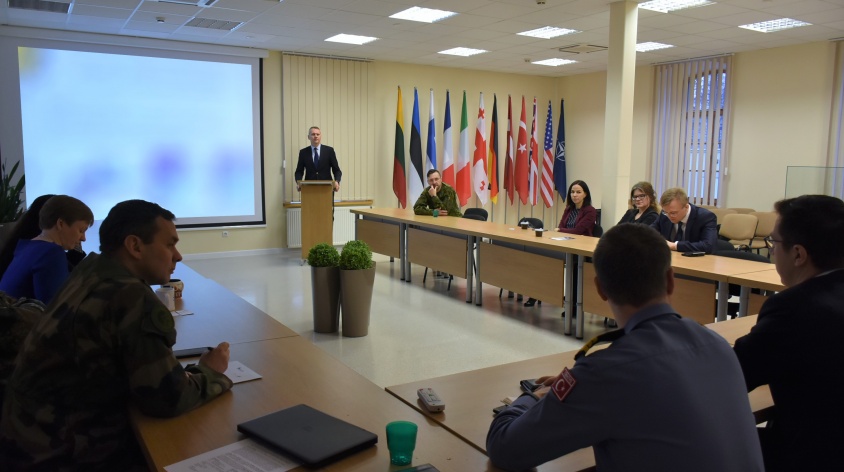 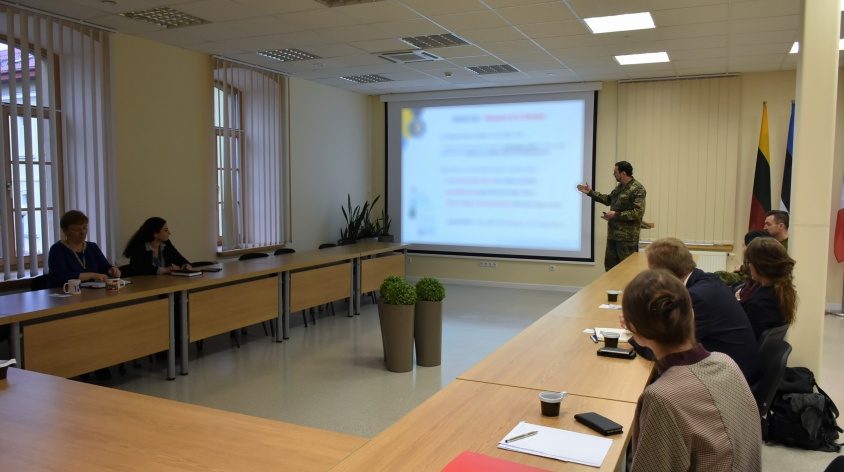 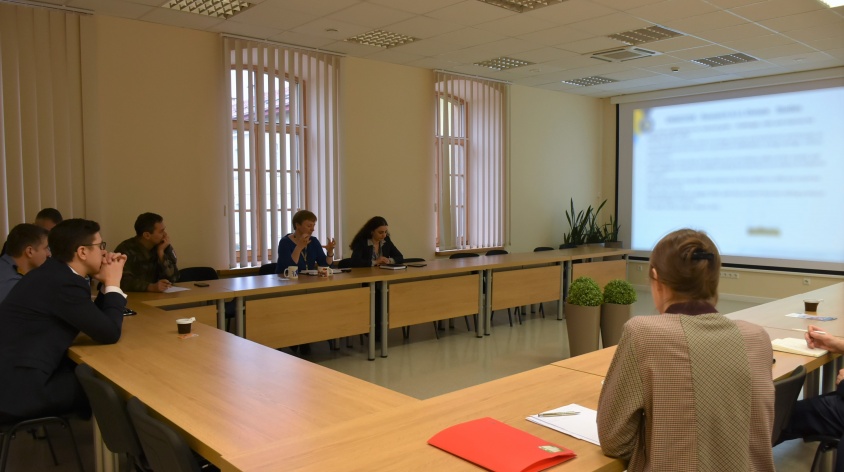 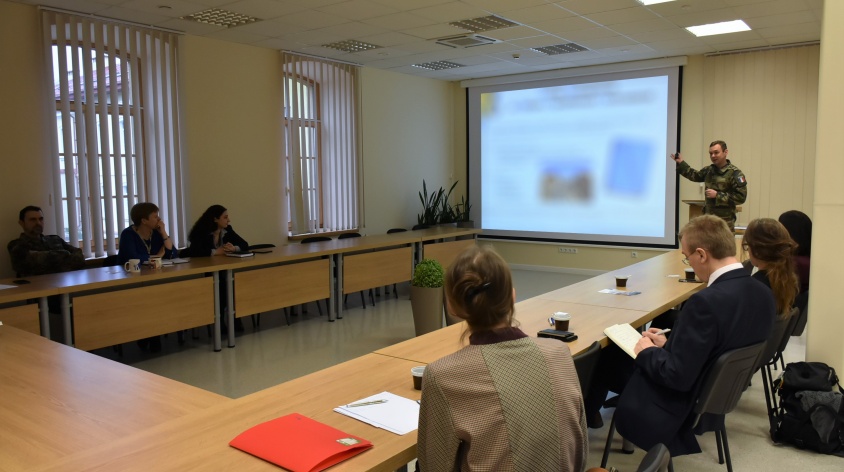 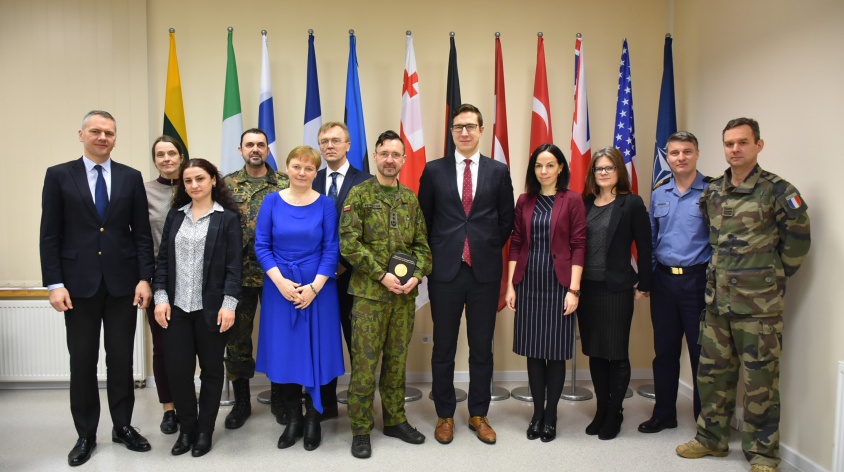