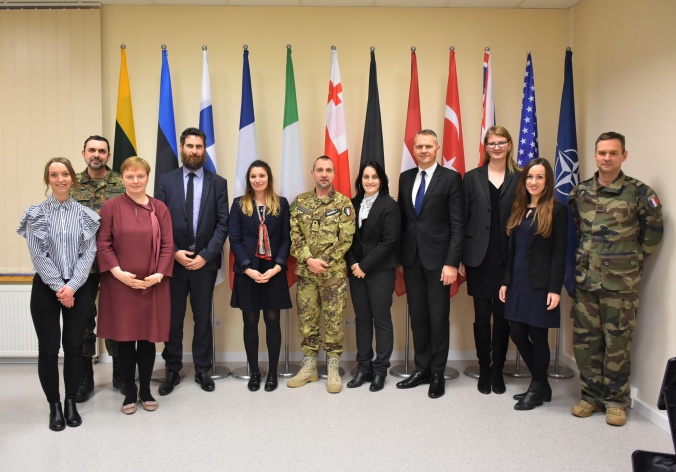 On the 23nd of January, the NATO ENSEC COE welcomed a delegation of diplomats representing various NATO countries.  The Centre received Ms. Réka Szilárd from Hungary, Ms. Lisa Segovia representing France and Mr. Philippe Bartholmé from Belgium. They were accompanied by two additional representatives from the Lithuanian Ministry of Foreign Affairs.

The honoured guests were welcomed by Centre’s Director Colonel Romualdas Petkevičius, Deputy Director Lieutenant Colonel Christophe Nave, and heads of all divisions of the COE. NATO ENSEC COE Director gave an introduction of the Centre, including its mission, goals and structure. Brief introduction was followed by presentation about courses and workshops offered by the Centre, some of which are organised in cooperation with various partners. Heads of Divisions followed by presenting an overview of their work, current and upcoming projects, studies and research done by the COE subject matter experts. An issue emphasised was the crucial importance of constant development in a changing society facing new challenges.

The meeting was considered to be a successful practice of raising awareness of the Centre’s areas of expertise, among diplomats and international governmental institutions. Participants expressed their interest in the field and had various questions regarding currently ongoing studies of the NATO ENSEC COE, reaching from practical energy matters to strategies. 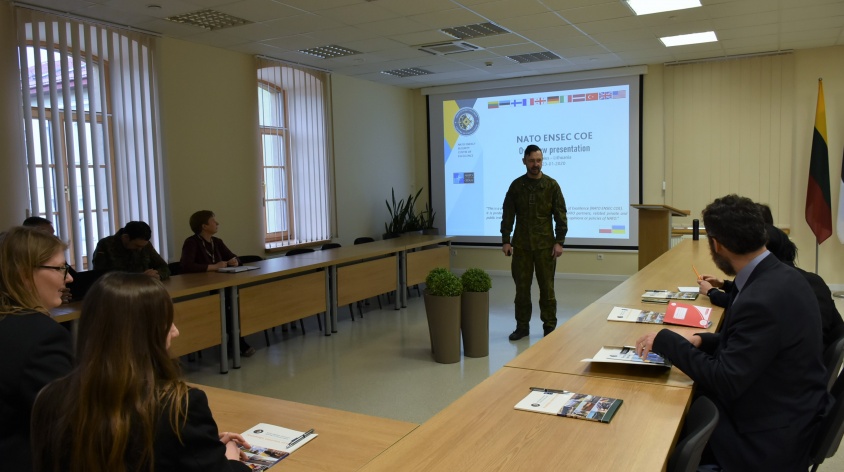 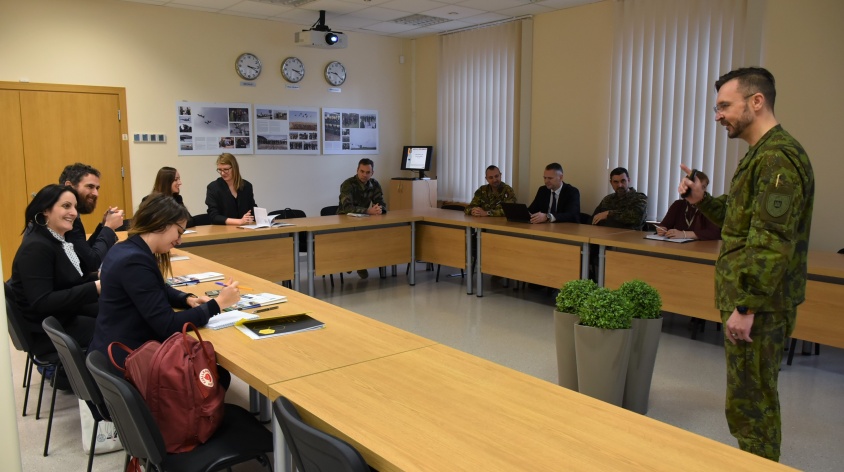 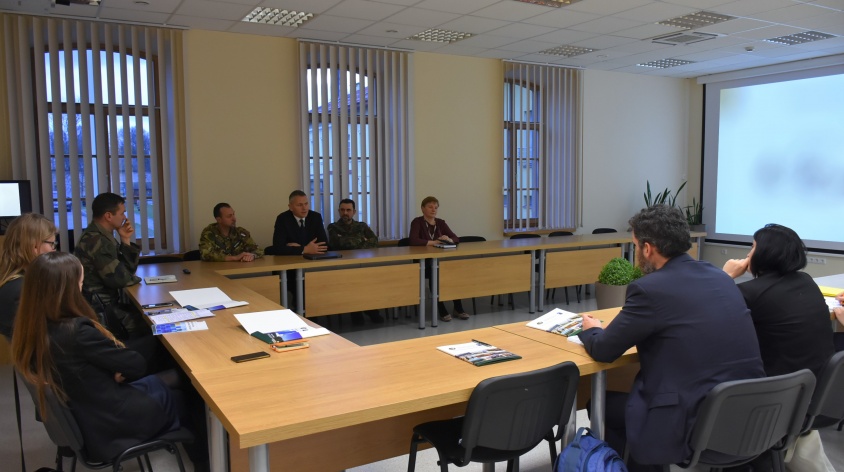 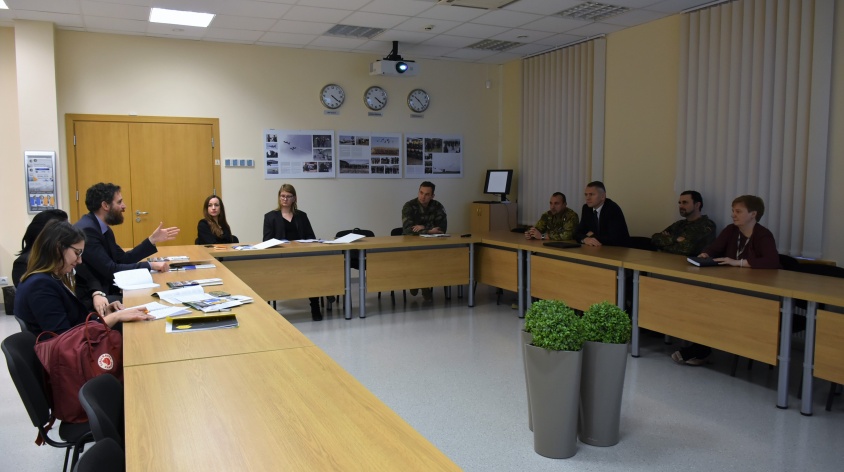 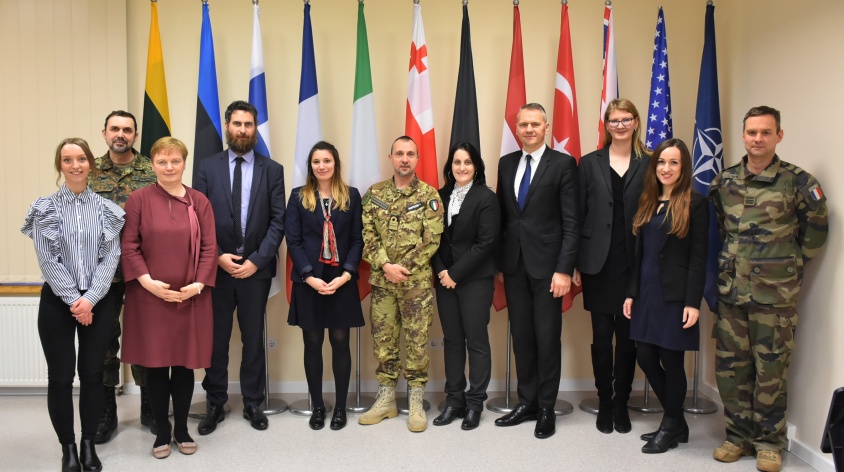