The NATO Energy Security Centre of Excellence was visited by a high ranking delegation from Slovakia, headed by Mr František Ružička, the State Secretary of the Ministry of Foreign and European Affairs of the Slovak Republic. The guests were welcomed by the Centre’s Director Colonel Romualdas Petkevičius together with Subject Matter Experts from all Centre’s Divisions.

The delegation was briefed by Colonel Petkevičius about the Centre’s main mission, activity fields, structure, ongoing projects and future development plans. The Centre’s Director presented achievements and projects conducted by the COE’s team, particularly outlining Energy Management Projects and Energy Infrastructure Resiliency Exercises such as NATO ENSEC COE flagship table top exercise “Coherent Resilience 2019”. During the meeting both parties became involved in the discussion regarding awareness of energy security relevance in the present, and possible risks to the allied members’ energy infrastructures. 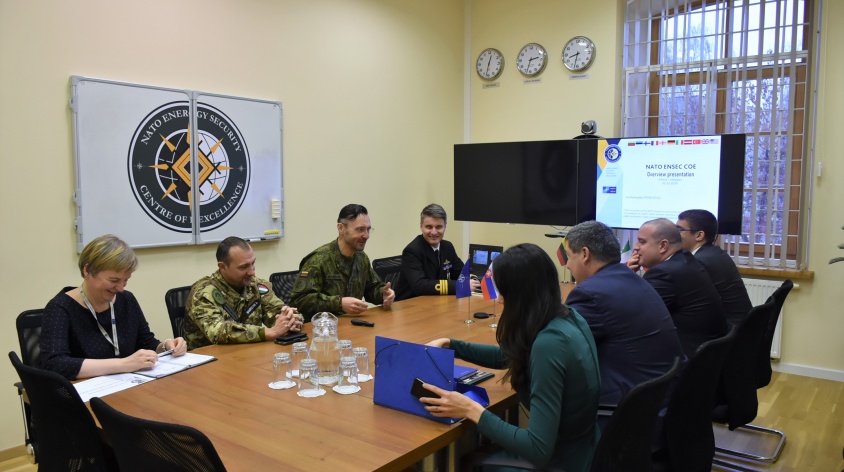