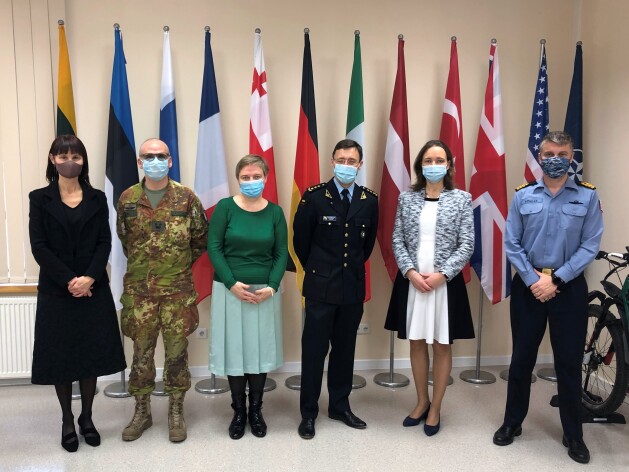 On 28th October, the NATO Energy Security Centre of Excellence was visited by the delegation from the Embassy of Estonia in Vilnius. The Estonian Ambassador to Lithuania Ms Kai KAARELSON was welcomed by Centre’s Director COL Romualdas PETKEVIČIUS and the representative of Estonia to the NATO ENSEC COE Ms Marju KORTS.

A short presentation about the NATO ENSEC COE and its activities was given by the Centre’s Director Colonel PETKEVIČIUS. Later the Ambassador and Centre’s representatives became actively involved in the discussion regarding the regional Energy Security issues and the importance of exercises in the field of synchronisation.

At the end of the meeting the guests from the Embassy of Estonia in Vilnius congratulated the Centre on its active work and fruitful results. The NATO ENSEC COE expressed its gratitude to the Estonia for its continuous support and partnership.