A group of students from various countries has visited the NATO ENSEC COE on the 19th of February. The visit was a part of an English language course they are participating in Lithuanian Military Academy of General Jonas Žemaitis. The students were from various NATO and Partnership for Peace countries, including Armenia, Belarus, Moldavia, Sakartvelo and Ukraine.

Students were welcomed by Centre’s Director Colonel Romualdas Petkevičius, who also gave an introduction on the NATO ENSEC COE’s organization, history, mission and activities. During the overview presentation matters such as energy efficiency and management, especially in military operations, were also discussed. Guest showed interest in the Center’s current projects and courses.

The meeting was considered to be a successful practice of raising energy security awareness of current generation military officers and civilian personnel. Also it was a perfect opportunity to get acquainted with how NATO ENSEC COE operates and the importance of energy efficiency. 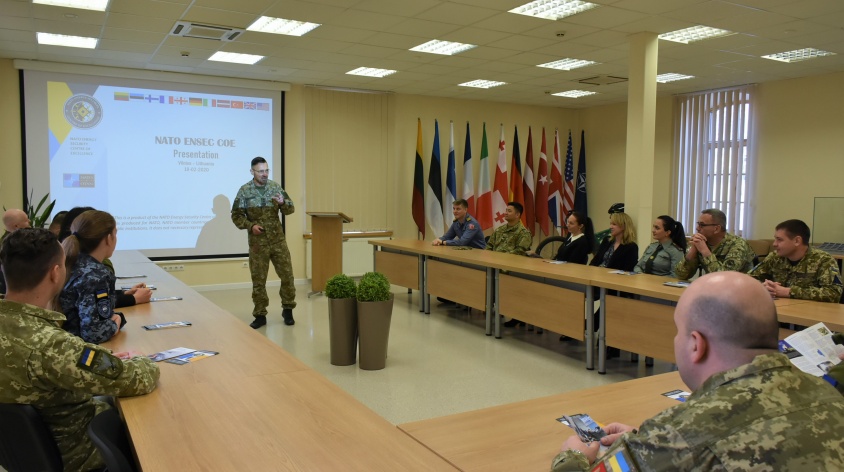 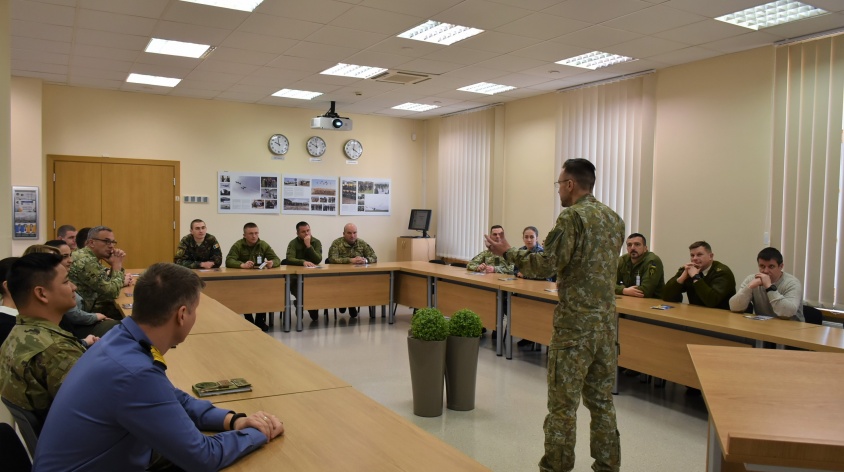 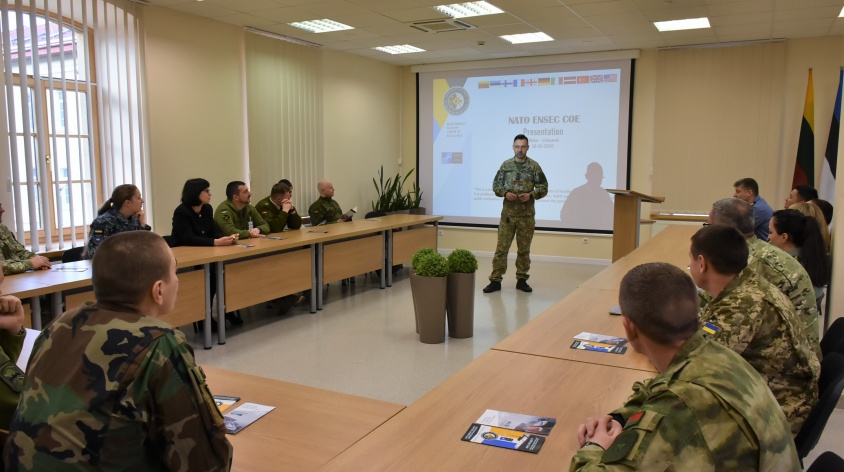