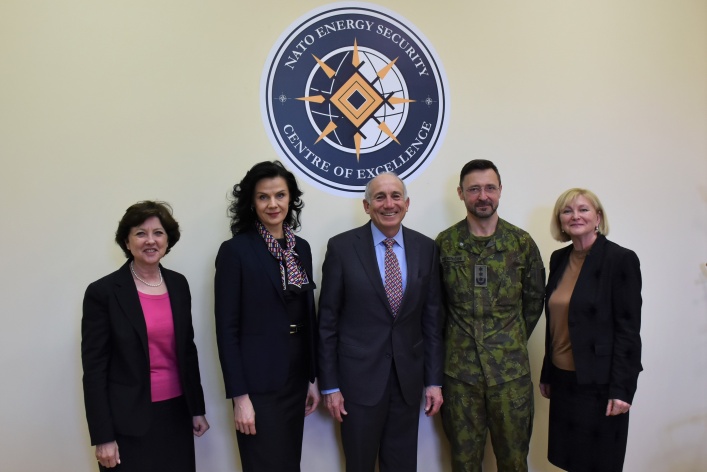 On the 7th of May, a delegation from the Baltic American Freedom Foundation (BAFF) paid a visit to the NATO Energy Security Centre of Excellence. The group of representatives was headed by Mr. Kim G. DAVIS, the Chairman of the Board of Directors at BAFF. He was accompanied by Ms. Laura LYONS, Director of “Exchange Foundations”, Ms. Ilze DOŠKINA, Regional Program Director at BAFF, and Ms. Ingrida LAURINAVIČIENĖ, Coordinator for Lithuania at BAFF.

During the meeting with Foundation’s representatives, Centre’s Director Col. Romualdas PETKEVIČIUS introduced guests to the history, mission and upcoming plans of the Centre. The guests were particularly interested in projects led by Centre’s Subject matter experts such as Hybrid Power Generation System (HPGS) and Central European Pipeline System (CEPS) study.

Later on, discussion has evolved around energy security and independence challenges faced by the Baltic region and whole NATO alliance. Director Colonel R. PETKEVIČIUS presented examples of tabletop exercises held by the NATO ENSEC COE and pointed out how such activities help increase the readiness for unexpected situations that pose threat to critical energy infrastructure.

The Baltic-American Freedom Foundation is a non-profit foundation focused on research and business. Endowed by proceeds from the Baltic-American Enterprise Fund, a U.S. Government-initiated investment fund, the foundation seeks to strengthen ties between the people of the United States and the peoples of the Baltic states and is seen as a perpetual commitment of the United States to the independence, prosperity, and strength of Estonia, Latvia, and Lithuania. 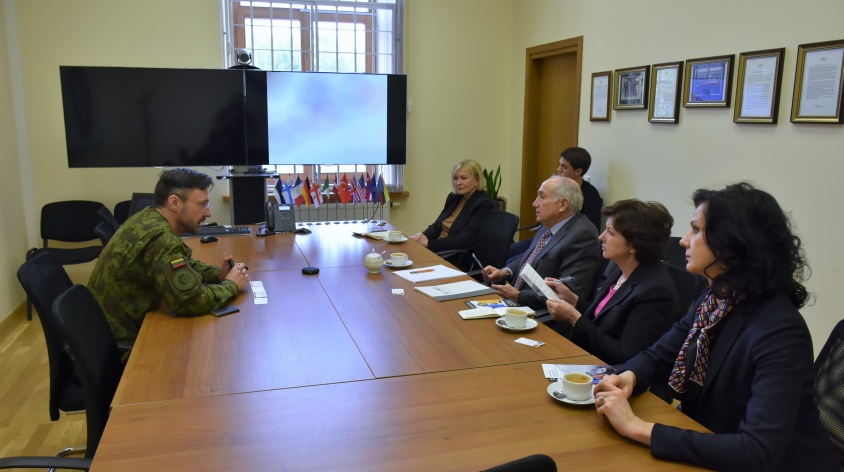 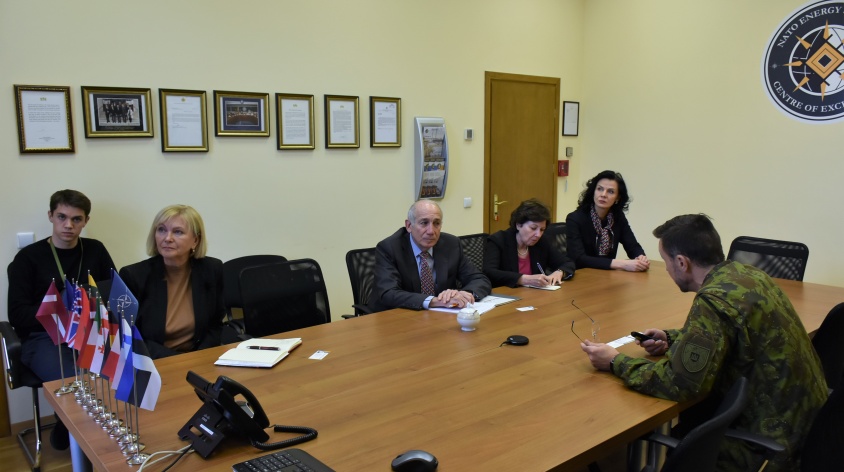