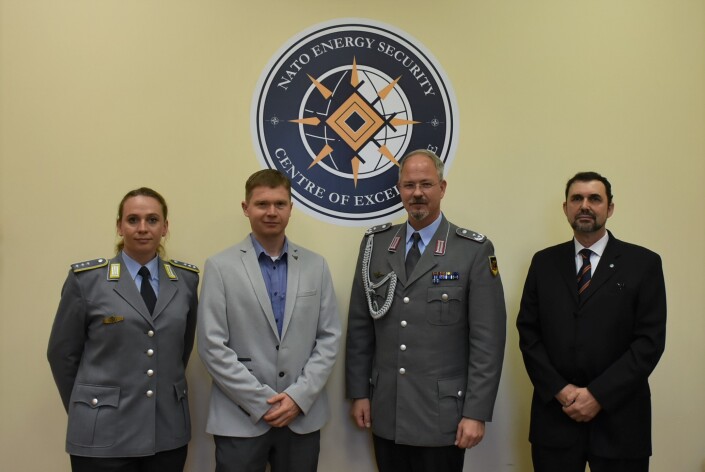 On the 9th of October the NATO Energy Security Centre of Excellence was visited by the delegation from the Embassy of Germany in Vilnius. The delegation was led by German Defence Attaché to Lithuania Lieutenant Colonel Konstantin BELLINI and Captain SCHÄFER. The honoured guests were welcomed by the NATO ENSEC COE Director Colonel Romualdas PETKEVIČIUS. He was accompanied by the head of Research & Lessons Learned Division Dr. Reiner ZIMMERMANN and Subject Matter Expert from the Doctrine and Concept Development Division Mr. Wsewolod RUSOW.

A short presentation about the NATO ENSEC COE and its mission was given by Centre’s Director Colonel PETKEVIČIUS. Later on, the Embassy delegation and Centre’s representatives became actively involved in the discussion regarding the importance of Energy Security exercises and further cooperation between the NATO ENSEC COE and Germany. The guests and the representatives of the NATO Energy Security Centre of Excellence were pleased to have this opportunity to meet and agree on the further cooperation between Germany and the Centre. 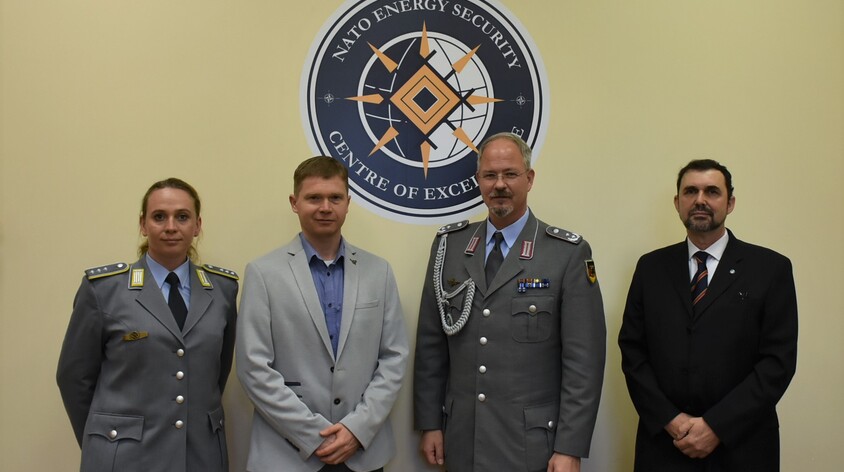 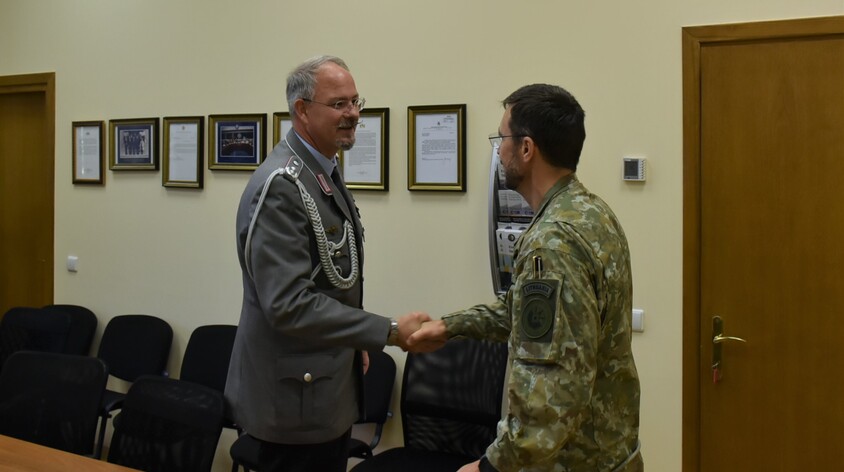 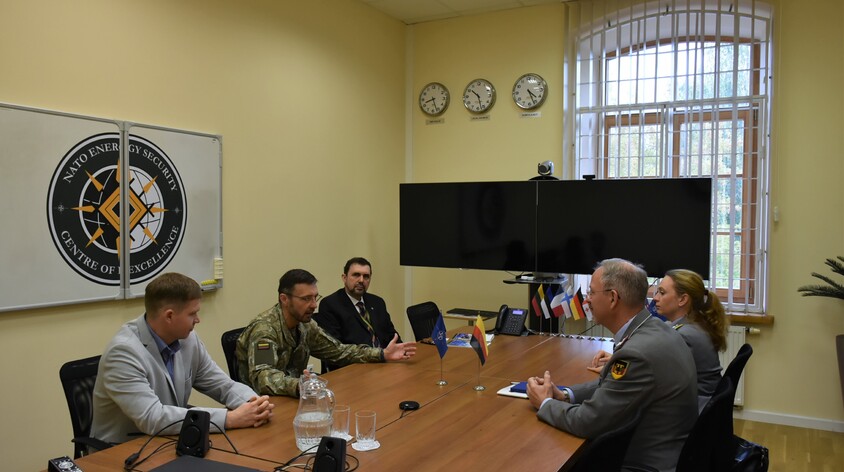 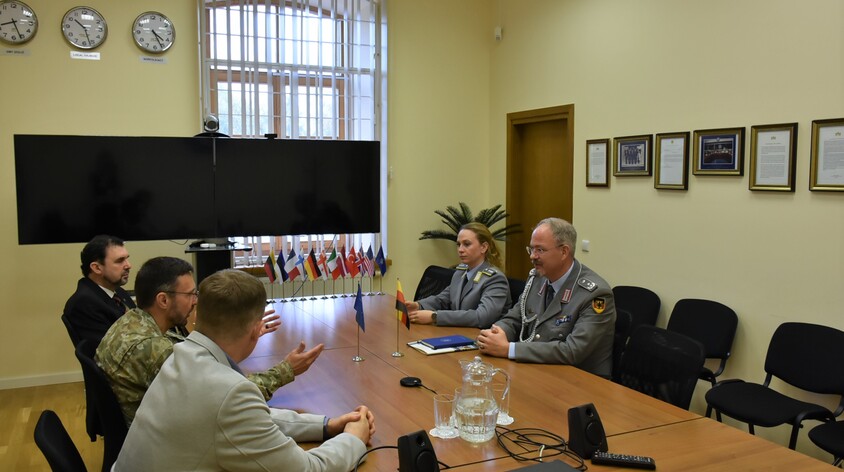