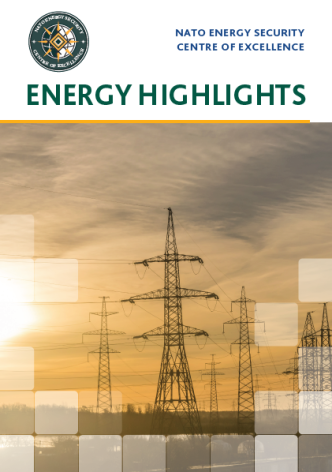 The Synchronization of the Baltic States’: Geopolitical Implications on the Baltic Sea Region and Beyond

NATO Energy Security Centre of Excellence is pleased to present an article “The Synchronization of the Baltic States’: Geopolitical Implications on the Baltic Sea Region and Beyond” written by Mr. Justinas Juozaitis, who is a Policy analyst at the Centre for Defence Analysis, General Jonas Žemaitis Military Academy of Lithuania and a Fellow at NATO ENCEC COE.

This paper studies geopolitical implications on the Baltic States’ synchronization with CEN with a specific emphasis given on the Russian and Belarusian behaviour. First, the study exposes the interconnection between tectonic geopolitical shifts and the establishment, development and disintegration of synchronous interstate power networks. Second, it introduces Russian response to the synchronization of the Baltic States, its current objectives and means to achieve them. Third, it discusses Belarusian prospects in gaining access to the Baltic electricity market. The paper concludes that the Baltic States should strive to move quickly not only in proceeding with the synchronization but also in increasing their readiness to operate in an isolated mode and to establish an emergency synchronous interconnection with Poland if needed. With researchers and policymakers mostly focusing on the classical themes of Russian energy geopolitics, i.e. natural gas and oil, the paper hopes to shed more light on another important object of study – the geopolitics of synchronous interconnections.

Link to the article: https://enseccoe.org/data/public/uploads/2021/02/nato-ensec-coe-the-synchronization-of-the-baltic-states-j.juozaitis.pdf